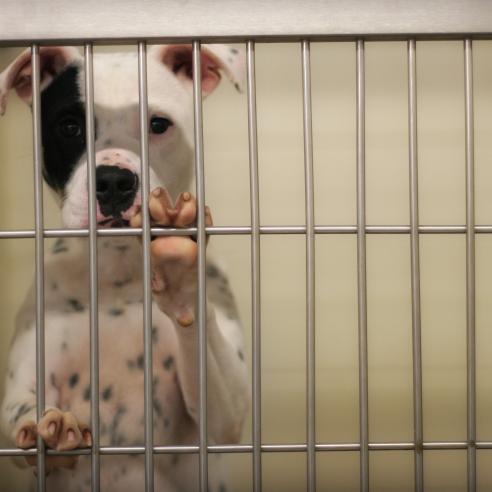 In 2012, Pima County began the arduous process of updating its animal shelter mission toward a more compassionate and humane model that also meets nationally accepted standards. The County wanted to transform Pima Animal Care Center from a euthanasia-based “dog pound,” which had a live release rate of only 64 percent, to a facility that saves more than 90 percent of its pets. Because PACC is an open-admission shelter that takes all pets no matter their health, temperament or age, County leaders knew this transformation would require improving many existing processes, incorporating new progressive animal sheltering programs, and re-establishing its animal care reputation in the community. Efforts began with increasing the shelter’s care components, which involved hiring more staff, expanding medical care services, and also increasing the PACC’s overall operating budget. County officials also asked voters to approve a $22 million bond to build a new modern care facility to replace the existing shelter. Without plans for a new facility, shelter staff would have difficulty implementing and sustaining an adoption-based model. In addition, since the success of this transformation would depend on the community’s involvement and acceptance, County officials began partnering with local animal advocacy and rescue groups, jurisdictions and members of the media. Meanwhile, efforts were made to recruit residents to adopt, volunteer, foster, or become involved with the shelter in other ways. The cornerstone for Pima Animal Care’s successful transformation to a ‘no-kill’ shelter was the establishment of a development program. This innovative program, focused on raising funds for the shelter, has successfully bridged the gap between the shelter’s lifesaving dreams and reality by raising over $4.3 million plus an addition $1.5 million in critical in-kind support. This new stream of revenue has helped fill staff positions, purchase new equipment, and overcome other shelter shortages.