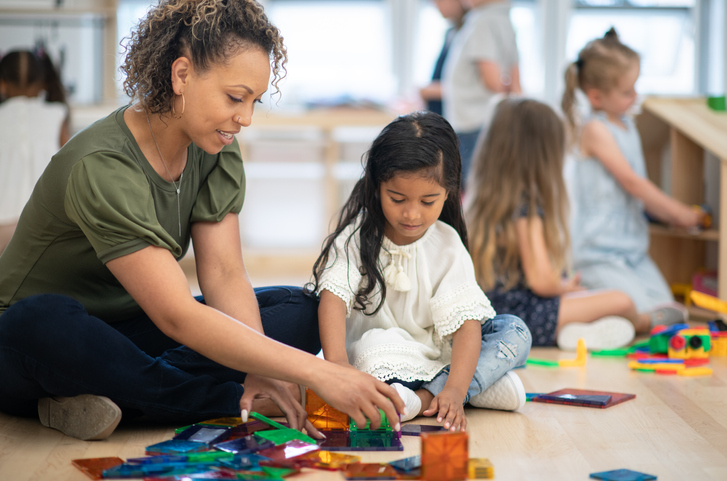 On May 16, Sens. Patty Murray (D-Wash.) and Tim Kaine (D-Va.) introduced a new proposal to expand access to affordable child care and high quality preschool in the U.S. The plan represents a scaled-back version of the child care and early learning provisions included in the Build Back Better Act of 2021 (H.R. 5376), which stalled in the Senate after passing the House in November 2021. The new proposal seeks to cut costs to garner support from moderate Democrats in the Senate as the party continues to negotiate terms of a possible reconciliation bill.

The revised plan put forth by Sens. Murray and Kaine primarily seeks to strengthen the child care and early learning sector by increasing resources under the Child Care and Development Block Grant (CCDBG), which provides subsidies to help low-income families access child care. County governments are key partners in supporting CCDBG and are responsible for administering the program in 8 states. Specifically, the plan would invest an additional $72 billion over six years in CCDBG to increase the value of child care subsidies going to families and raise payment rates for participating providers. Of these funds, $18 billion would specifically be set aside to fund Supply and Compensation Grants to all states to expand child care supply, improve facilities, and raise compensation for early childhood educators.

The proposal would also provide dedicated funds for a six-year pilot Child Care and Development Expansion program, in which participating states would offer child care assistance to children under six in working families on a sliding scale basis (capped at 7 percent of household income) in exchange for a 90 percent match from the federal government to pay for the services. It would also invest $18 billion in High-Quality Preschool Grants to states and $12 billion in raising wages for Head Start teachers, both over six years.

According to the Center on Law and Social Policy, the plan would benefit more than 1 million children with increased access to affordable child care and early learning services. However, the political outlook for the proposal is unclear, as it is predicated on unanimous support from Democratic lawmakers in the Senate in order to utilize the reconciliation procedure to bypass the filibuster and pass legislation with a 50-vote threshold so long as it meets a series of budgetary requirements.

County governments play a significant role in local child care systems, and we urge our federal partners to pass robust legislation to stabilize the child care industry and workforce. NACo will continue to monitor federal action on child care and early learning systems.