This blog post is the first in a series highlighting jurisdictions across the country working to create fairer, more effective justice systems as a part of the Safety and Justice Challenge.  Check back soon for our next featured jurisdiction!

Located on Florida’s Atlantic coast, Palm Beach County is the state’s third most populous county, with 1,422,789 residents. The Palm Beach County Criminal Justice Commission (CJC) is the lead agency in the county’s work with the John D. and Catherine T. MacArthur Foundation’s Safety and Justice Challenge (SJC), and is focused on taking a holistic approach towards improving the county’s criminal justice system.

What were some of the issues occurring in the Palm Beach County justice system that prompted the Criminal Justice Commission to apply for the SJC?

Prior to applying for the SJC we had mechanisms in place to review all aspects of the criminal justice system. Our Corrections Task Force meets monthly to review our jail population and make recommendations and process changes. The SJC gave us the opportunity to bring national expertise from outside of our County to help us identify areas of need and best practices to implement to reform our system.

Can you give an overview of the programs you have in place that are related to your SJC work?

Currently, the CJC is working on four key strategies. First, we are doing pretrial work because a majority of the people in our jail are held pretrial. The county is moving towards using a Pretrial Risk Assessment Instrument, and we recognized that one size does not fit all so we are revamping our Pretrial Services Program to provide three levels of supervision that match the risk score of the individual. We are also planning to institute a Second Look Process, for individuals who had a First Appearance Hearing and are still in jail after seven days. In this process we bring them back to the judge for a second assessment to determine what other options exist for release. Second, we have a Community Engagement Task Force that works to enhance public safety through transparency and partnership with communities. The task force is charged with building relationships between criminal justice system players and community members in order to bridge gaps of knowledge and misperceptions. Third, we are working on an implementation plan for a Frequent Users Systems Engagement program (FUSE). We have a contract for technical assistance from the Corporation for Supportive Housing to help us with this plan, which entails identifying about 100 people that most frequently cycle through public systems including our jail, homeless and behavioral health systems. Our primary goal through this program is to provide permanent supportive housing with wraparound services to stabilize these individuals. Finally, we are working to increase capacity to access necessary data and build a “data dashboard” that we will use to inform decisions and policy about the system and project initiatives. We have also developed analytics for key data points in the system and for project initiatives that will allow stakeholders to know what is happening in the system and take action to address issues that are identified through the data. Through the dashboard we are also able to identify racial and ethnic disparities and develop remedies.

Who is involved in your SJC efforts?

The CJC has 32 members, 21 of whom are public sector members from local, county, state and federal criminal justice and governmental agencies. Ten are private sector business leaders nominated by the Economic Council and appointed by the Board of County Commissioners. We also have one at-large member of the clergy. The full membership of the CJC is listed on the CJC’s website. Just about everybody is involved, and this provides different viewpoints and expertise. The CJC works through a variety of committees charged with specific missions. For the SJC, we have a MacArthur Core Team, a Pretrial Project Team and a FUSE Core Team, each made up of stakeholders and subject matter experts that represent the judiciary, prosecution, defense, clerk of court, law enforcement, probation, social service and community providers.

What are the main drivers of your jail’s population?

We are constantly monitoring and reviewing the number of individuals we have housed in our jail system.  In general, we know that jail admissions and the length of stay in our jail system drives the jail population.  In the first year of the SJC grant we found that approximately 70 percent of the people in our jail system were there pretrial—meaning that their case has yet to be resolved by the courts.  Roughly 23 percent of the people in our jail are there as part of their sentence or due to violations of probation.  We also saw evidence of people being admitted for offenses related to driving under a suspended license and for technical violations of probation.  We believe that in some cases, offenders stay in jail for longer periods of time because they are unable to raise funds associated with their pretrial release with a bond.  Our hope is that through the implementation of the pretrial risk assessment we will see a decrease in that population.

What are some solutions you are implementing to address issues you have encountered?

In addition to the changes to our pretrial system and the data dashboard we’ve talked about, we’re have also worked with our Clerk & Comptroller’s Office on a data-sharing agreement. This level of access to court data enables us to now have direct access to court data and court case outcomes.  It has also eliminated any costs associated with building and completing queries of the court case data management system.

We are especially pleased to see the Criminal Justice Commission and its members continue to be willing to examine and question current practices in an effort to safely reduce our local jail population without jeopardizing public safety.  We continue to examine current practices that embrace scientific evidence and evidence-based practices and policies that rely on data rather than solely on anecdotal evidence.  While we have seen dramatic decreases in our average daily population over the last decade, we also recognize that we still need to be vigilant on many fronts. Over the long term we hope to see more system reform leading to the smart use of our jail system, a reliance on data to inform systemic change and a growing ability to identify and remedy any racial or ethnic disparity in our system.

NACo would like to thank Kristina Henson, Bert Winkler and Damir Kukec from the Palm Beach County Criminal Justice Commission for speaking with us about their efforts. 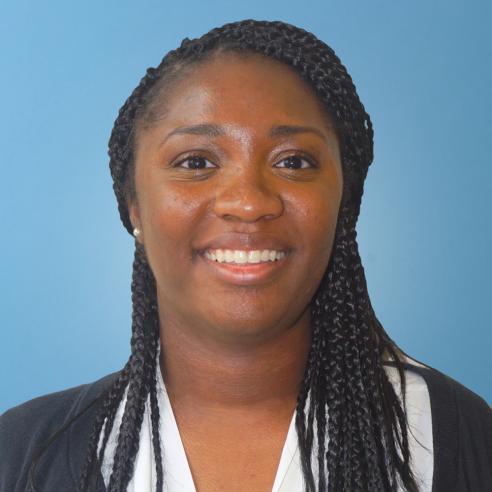