For Railroads and NACo, Important Goals to Achieve Together in 2019 And Beyond

The Association of American Railroads – the world’s leading railroad policy, research, standard setting and technology organization that focuses on the safety and productivity of the U.S. freight rail industry –is excited to support NACo’s important work in 2019, especially on issues of ensuring the development of world class infrastructure around the country.

Private freight railroads provide essential transportation infrastructure at the local level, allowing businesses in counties access to markets throughout the nation and, ultimately, the world. Railroads haul approximately 35 percent of all U.S. exports, allowing American industry to be more competitive in the worldwide economy. Over the last several years, the industry has invested an average of approximately $25 billion annually to maintain and upgrade our infrastructure, equipment and technology to make this all possible.

As Randy Maluchnik, Chair of the NACo Transportation Steering Committee says, “Railroads are the critical, long haul backbone of an interconnected transportation network that ships 54 tons of goods on average for every single American each year.”

The industry’s investment in its own infrastructure undergirds its stellar safety record – something as important to localities and their elected leaders as it is for the railroads operating in those communities. Based on federal data across key measures – including train accident rate and employee safety – recent years have been the safest in rail history. Last year marked the lowest rate of track-caused and human factor-caused accidents ever, while the train accident rate is down 44 percent since 2000.

Many are surprised to learn that railroads have lower employee injury rates than most other major industries, including trucking, airlines, agriculture, mining, manufacturing, and construction —even lower than grocery stores. We are a safe mode of transportation, committed to a future with zero incidents or injuries in the counties in which we operate, including in areas that need improvement, such as grade crossings.

The bill for freight rail infrastructure, essential for safety and economic progress in so many counties, is not footed by taxpayers. It is paid entirely by private investment. This is in stark contrast to the road and highway systems, which are supported in large part by public funds. AAR and NACo are trusted partners on important areas of federal policy – and one key area of alignment is the need for improving the failing condition of the nation’s bridges and roads.

Railroads have a vested interest given their unique relationship with trucks who use these transportation system – as commercial trucking represents both the largest customer and competitor for railroads. Intermodal shipping has fast become the largest set of business for railroads. More must be done, however, to ensure that all highway users pay for their infrastructure.

At the same time, the sorry state of roads and bridges is exacerbated by some federal and state policymakers who periodically propose increases to federal truck size and weight limits. Local government groups – including most recently the National League of Cities and the U.S. Conference of Mayors – typically oppose such efforts, and for good reason: Highway users already fail to cover their costs for wear and tear on roads and bridges. Longer and heavier trucks will only exacerbate the problem. We want to work with NACo members on opposing increases to truck sizes at both the state and federal level – because it will only end up costing taxpayers much more.

Another infrastructure consideration for collaboration is grade crossing safety.

Grade crossing safety can always be improved -- and working together with NACo members to solve those issues is paramount. We should fight together for increased federal support for the “Section 130 program,” which provides more than $230 million in federal funds each year to states for installing new active warning devices.

NACo and the freight rail industry have much in common – and important goals we can achieve together in 2019 and beyond.

Jefferies is president and CEO of the Association of American Railroads.

The content of this blog post was developed and produced exclusively by one of NACo’s Premier Corporate Partners, Association of American Railroads. 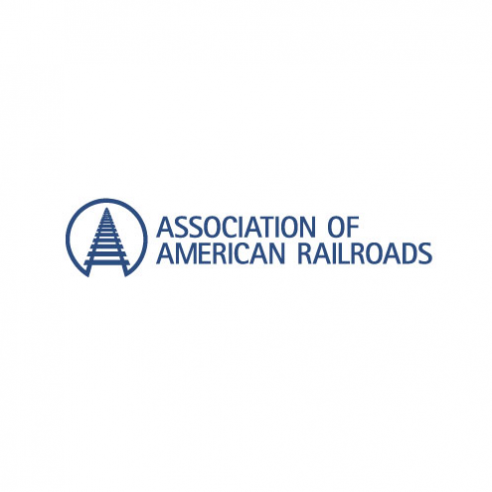 More from Association of American Railroads