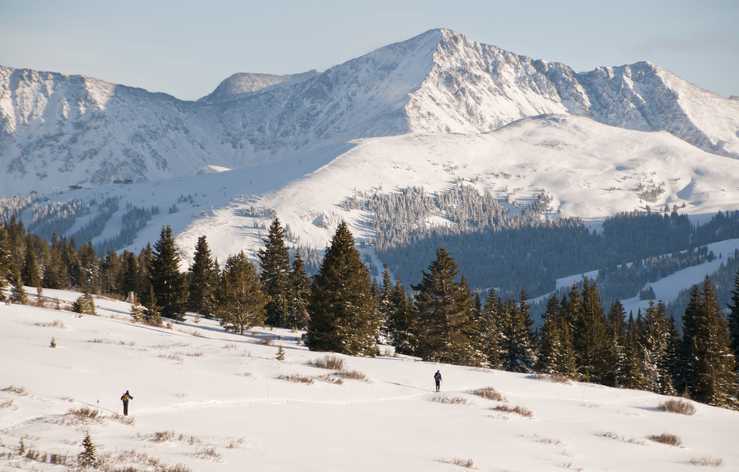 President Biden designated the 53,804-acre Camp Hale-Continental Divide National Monument on October 12 Camp Hale served as a training ground for the 10th Mountain Division and 99th Infantry Battalion in the run up to the liberation of Italy during World War II

On October 12, President Biden traveled to Red Cliff, Colo. to sign the declaration designating Camp Hale and Tenmile Range as a national monument. The monument designation includes not only Camp Hale and the Tenmile Range, but ten mountain peaks over 13,000 feet in elevation. It also includes the Pacific Tarn, which at 13,420 feet is the highest named lake in the United States.

Operational from November of 1942 through 1965, this training ground served as the home of the U.S. Army’s 10th Mountain Division and the 99th Infantry Battalion. Training in the rugged mountain conditions prepared these soldiers for the high-elevations, harsh mountain terrain, and frigid temperatures they would face in the Apennine Mountains in Italy. Upon returning from the war, the veterans of the 10th Mountain Division used their experience to transform outdoor culture. The monument also played an important role in the struggle for civil rights. After news of racial discrimination during the construction of Camp Hale caught national attention, the Army issued an anti-discrimination order.

As stewards of public lands and partners to federal land management agencies, county governments support efforts to provide transparency and accountability in the designation of national monuments. NACo supports designations of federal lands that are approved by county governments and supported by stakeholders in the area in which the designations are proposed. In cases where such state and local government approvals have been obtained, continued federal coordination and consultation with state, county, and tribal governments and consistency with their natural resource management plans should be required to the maximum extent allowed by law. NACo will continue to engage with federal partners on the Camp Hale-Continental Divide National Monument and other federal land management issues and will keep members informed of any updates.