The United States’ Open, Public, Electronic, and Necessary (OPEN) Government Data Act was signed into law on January 14, 2019. This landmark piece of legislation means that government departments and agencies must comply with a new set of rules that facilitate open access to information. The ways and formats in which agencies have to make data available is now much clearer.

Government departments and agencies collect a lot of information. While much of this information is sensitive, there is also loads of data generated through the use of public funds that should be open and usable by all. Good examples of this are databases with budgets and spending habits, geolocation datasets, social media posts, websites, and even SMS conversations.

There is a practical roadblock preventing the widespread use of government-generated data, however. With agencies and departments all capturing data in different ways, making information available to the public in a consistent, easily-readable format is a challenge.

The OPEN Government Data Act aims to standardize how data is published by requiring agencies to make use of open standards. This means publishing non-sensitive data assets in a machine-readable, open format that citizens can have access to through software that is open.

The OPEN Act and Social Media

But providing data created on social media platforms in a format that is open and easy to read is not always easy.

“The OPEN Government Data Act places an onus on departments and agencies to collect all data related to their social media accounts and make it available to the public in an accessible way. This presents quite a challenge since even a moderately-active social media account can generate thousands of records. All of that data needs to be collected and stored in a way that makes it easily shareable,” says Michael Riedijk, CEO and Founder of PageFreezer.

PageFreezer has been helping government agencies deal with open data compliance issues for almost a decade by automatically archiving websites, blogs, and social media accounts. PageFreezer is the first vendor to support the Web ARChive (WARC) format, which is an open ISO standard (ISO 28500) that has been adopted by the National Archives and Records Administration of the United States for long-term preservation of social media records. WARC record includes all metadata, source code, and media files provided by social media APIs in an accessible, structured, and well-documented format for further processing and analysis by third-party software.

In addition, PageFreezer can also provide a public portal that makes archived social media data transparently available to constituents. Should the need arise, a government department can easily share access to all collected data through the use of this portal. This is not only useful when it comes to the OPEN Government Data Act, but also assists with compliance around the Freedom of Information Act (FOIA) and Federal Records Act, and simplifies digital evidence capture and litigation preparedness.

The content of this blog post was developed and produced exclusively by one of NACo’s Corporate Partners, PageFreezer. 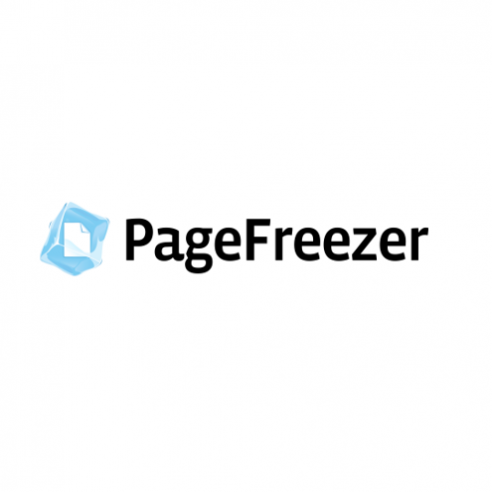 Automatic FOIA and Open Records Compliance “As a government agency we are required to capture and store everything posted on our Facebook page. PageFreezer is easy to navigate, search, and find exactly what I am looking for.” - Allen Hill, IT Manager at South Kitsap Fire & Rescue Kitsap County