Investing in Our Veterans

More than $173 billion in federal funds were distributed to veterans living in the nation’s counties. Most of the funds were used for compensation and pension benefits (46 percent) and for medical care (39 percent).

U.S. counties are home to 18.2 million veterans. In one-third of counties, veterans make up at least 10 percent of the population.

More than half of the veteran population reside in the following 10 states, with California, Texas and Florida home to around 25 percent of all veterans. 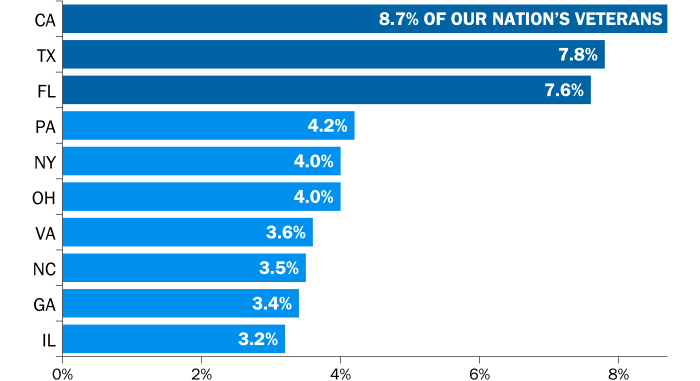 About the VA Expenditures data: