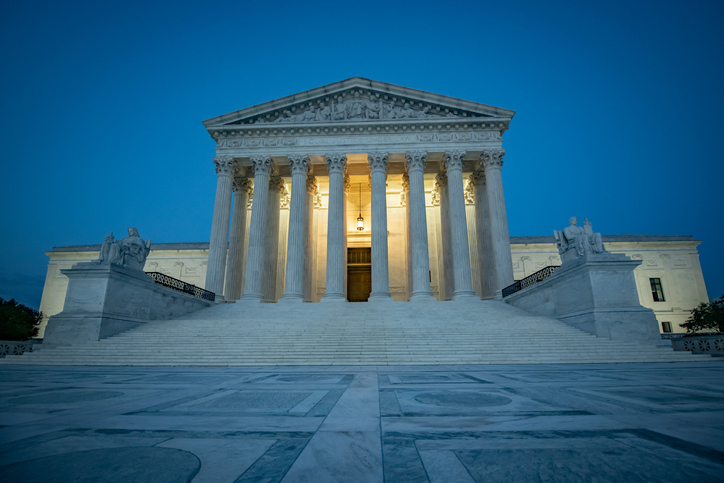 On December 7, the U.S. Supreme Court will hear oral arguments for Moore v. Harper, a landmark case examining whether state legislatures have exclusive power to set rules regarding federal elections. If the Court adopts a ruling favorable to this argument, also known as the Independent State Legislature Theory (ISLT), local governments will face significant obstacles in fulfilling our responsibility to administer free and fair elections. NACo has joined with the National League of Cities, International Municipal Lawyers Association, International County/City Managers Association and U.S. Conference of Mayors to file an amicus brief urging the Court to protect local control over elections by rejecting the ISLT.

Moore v. Harper involves a dispute over the legality of the 2020 North Carolina congressional districting map, which was drawn by the state legislature only to be invalidated as partisan gerrymandering by the state supreme court. The legislature sued, arguing that the Elections Clause of the federal Constitution gives the state legislature, with no oversight by the state court, the authority to oversee federal elections. In its most extreme interpretation, however, the ISLT would have far-reaching consequences for any entity, including local governments, to set rules or make decisions related to federal elections.

While states play an instrumental role in our nation’s elections, counties and other local governments run elections on the ground. In almost every state, counties run the day‐to‐day operations of elections, and in every state, elections are broken down to local precincts for voting and administration. This means local governments are responsible for carrying out various key functions, such as identifying and managing polling locations, printing ballots, allocating and protecting voting machines, recruiting and training poll workers and ensuring the accessibility, integrity and efficiency of the voting process.

The local government associations’ amicus brief argues that the adoption of the ISLT would jeopardize our ability to carry out these processes smoothly and efficiently, which could ultimately threaten the constitutional right of U.S. citizens to vote. For instance, the ISLT is likely to lead state legislators to set different rules for federal elections and state elections (which are governed by state constitutions), creating a confusing, burdensome and costly two-tier election system. Under the ISLT, state legislatures may erode or overrule local control of voting systems and polling locations, resulting in disorganized elections and potentially fostering distrust in the electoral process. Furthermore, the ISLT would almost certainly limit the ability of state and local elections officials to respond in real-time to emergencies and natural disasters.

On October 27th, NACo and the National League of Cities (NLC) held an informational webinar breaking down the background of the case and its potential ramifications for local elections administration with the editor of SCOTUSblog, James Romoser.