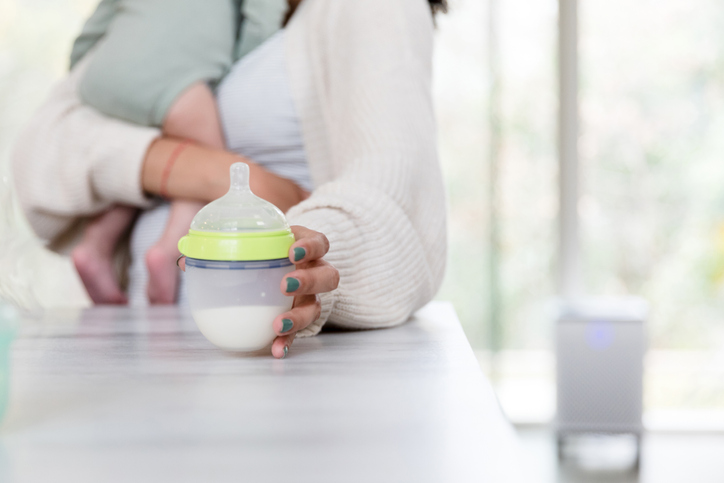 The week of May 17, Congress and the Biden administration took steps to further address the infant formula shortage impacting families across the nation. In the House and Senate, lawmakers passed legislation aimed at increasing formula options for low-income families, with the House also passing a measure to increase resources for the Food and Drug Administration (FDA) to increase oversight and inspections. NACo joined 250 national, regional and local organizations on a letter supporting both pieces of legislation. Additionally, President Biden has invoked the Defense Production Act to boost supply and authorized the use of federal aircrafts to import formula from overseas. Counties strongly support federal action to alleviate the current shortage and create long-term structural changes to prevent future shortages from occurring.

On May 18, House lawmakers passed an emergency Supplemental Funding appropriations bill (H.R. 7790) with a 231-192 vote to provide $28 million in emergency funding to give the U.S. Food and Drug Administration (FDA) the resources to prevent fraudulent products from being placed on shelves and to help acquire better data on the infant formula marketplace. This bill also funds the balance of necessary FDA capacity and monitoring activities, strengthens the workforce focused on formula issues and increases FDA inspection staff. However, the legislation is unlikely to receive bipartisan support in the Senate, with certain lawmakers objecting over the large amount of discretion the bill would offer FDA over the use of funds.

Also on May 18, the House passed the Access to Baby Formula Act (H.R.7791) with a 413-9 vote. The bill, which grants the U.S. Department of Agriculture (USDA) the authority to waive certain requirements so that vulnerable families can continue purchasing safe infant formula with their Special Supplemental Nutrition Program for Women, Infants and Children (WIC) benefits during extenuating circumstances, such as a supply shortage or public health crisis, passed the Senate via unanimous consent on May 19. It now heads to President Biden’s desk for signature.

Along with Congressional action, President Biden this week announced additional steps to speed up U.S. manufacturing of formula by invoking the Defense Production Act and launching “Operation Fly Formula” to use Defense Department (DOD) aircrafts to expedite supply from overseas. DOD will use its contracts with commercial air cargo lines to transport products from manufacturing facilities abroad that have met FDA safety standards. The FDA has also reached a deal with Abbott Nutrition to take steps for the company to reopen the currently closed Michigan processing plant. USDA has also secured agreement from Abbott Nutrition to cover the cost of competitor brands within the WIC program for an additional two months, which will free up additional formula options for participating families.

NACo will continue to monitor federal action on the infant formula shortage.