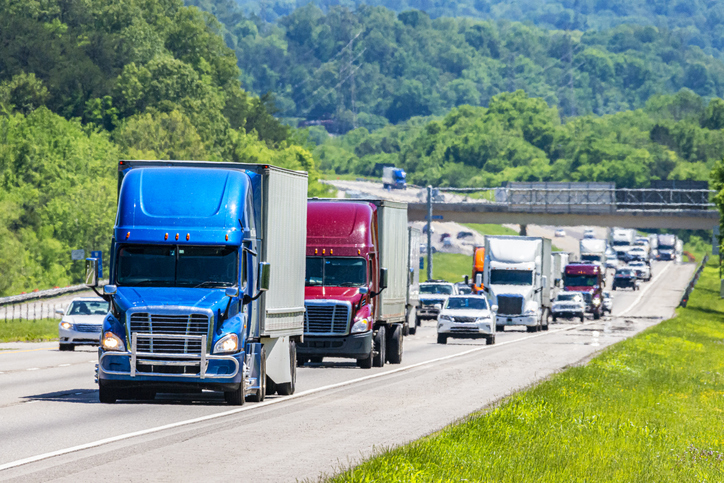 On October 11, the U.S. Department of Transportation (USDOT) Federal Highway Administration (FHWA) apportioned $53.54 billion in FY 2023 for nine federal-aid highway programs (FAHP). Apportionments were also made for new programs created by the Bipartisan Infrastructure Law (BIL), including the Bridge Formula Program (BFP) and the National Electric Vehicle Infrastructure (NEVI) Formula Program. Owning and operating more roads and bridge than any other level of government, counties benefit from consistent FAHP funding.

While USDOT’s annual FAHP apportionments come in the form of lump sums to state departments of transportation (DOTs), some programs require these funds be further sub-allocated to local areas based on population. Both the Surface Transportation Block Grant (STBG) Program and the new, BIL-established Carbon Reduction Program (CRP) require state DOTs to sub-allocate 55 percent and 65 percent, respectively, to the local level based on population.

In FY 2023, approximate sub-allocation amounts for local areas under these programs are:

Neither of the programs’ suballocations flow directly to counties. Instead, metropolitan planning organizations (MPOs) representing areas of 200,000 and above are given project select authority – in the case of STBG – while the state largely controls project and funding decisions for smaller areas. Under the CRP, this project selection authority begins at MPOs representing 50,000 and above. County and other local officials make up MPOs where region-wide transportation decisions are made.

USDOT also released FY 2023 apportionments for the BFP, which unlike the aforementioned FAHP programs, is funded through by appropriations rather than the Highway Trust Fund. Created by the BIL, this program provides $5.5 billion annually through FY 2026 to state DOTs to replace, rehabilitate, preserve, protect and construct highway bridges with 15 percent of funds set-aside for local bridges. In FY 2022, USDOT released guidance advising state DOTs that they may further invest in local bridges beyond the 15 percent requirement at a 100 percent federal cost share.

In FY 2023, state DOTs will receive $5.3 billion through the BFP, making $796.13 million available for local bridges through the program’s OSB set-aside. In combination with the STBG set-aside, states are required to expend roughly $1.8 billion on local bridge needs each year through FY 2026. In comparison with the previous surface transportation reauthorization, this represents an over 130 percent in resources for OSBs, the majority of which (62 percent) are owned by counties.

Finally, USDOT issued the first-of-its-kind, $885 million apportionment notice for the NEVI Formula Program. Similar to the BFP, NEVI is funded by the BIL Division J’s “advance appropriations.” Under the program, FHWA must set-aside $100 million in FY 2023 for grants to state and local governments requiring additional assistance to deploy EV charging infrastructure. While USDOT approved the EV charging plans of all 50 states last month, should a state fail to take action to carry out its plan, FHWA may redistribute the state’s NEVI funding to local governments via competitive grants to carry out eligible activities under the program.

As intergovernmental partners, counties work closely together with our state and federal leaders to ensure the nation’s vast transportation network is safe, efficient and properly maintained. Annually, counties invest $134 billion in the construction of infrastructure and the maintenance and operation of public works, including nearly 50 percent of the country’s public road miles and four out of every ten of the nation’s bridges. Learn more about the county role in transportation and infrastructure here.