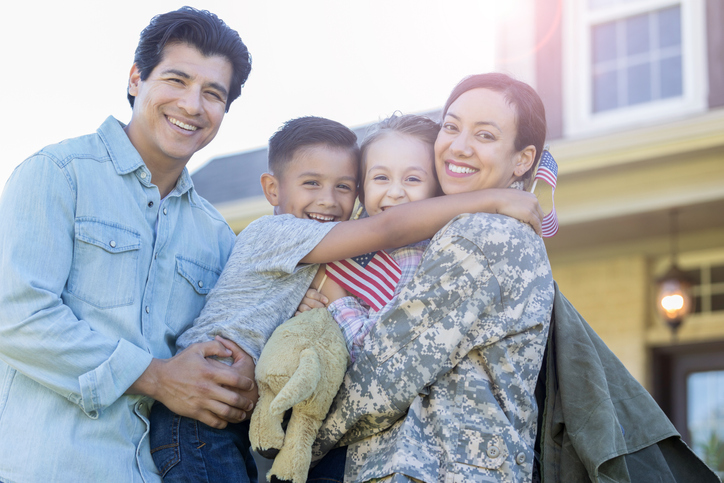 Department of Defense releases plan to address economic security of military service members and their families Counties are committed to improving outcomes and systems of support for all our residents, including members of the military and their families Counties applaud the Department of Defense for working to meet the unique socioeconomic needs of military families

In a September 22 memo, Secretary of Defense Lloyd J. Austin III, announced immediate and long-term actions to help strengthen the economic security and stability of service members and their families. Specifically, the Secretary directed the U.S. Department of Defense (DoD) to take actions in four key areas that address the economic pressures military families face such as unemployment, physical and mental health care costs and food insecurity.

Highlights of these actions include:

1. Increasing assistance for basic needs: DoD will temporarily institute automatic increases in Basic Allowance for Housing (BAH) for active-duty service members in the 28 Military Housing Areas (MHAs) that have experienced an average increase of more than 20 percent in rental housing costs this year. The increases will end after Dec. 31, when new housing allowance rates take effect. DoD will also pay eligible service members the Basic Needs Allowance (BNA) starting in January 2023 and fully fund DoD commissaries to achieve a 25 percent cut on grocery bills. This action accompanies ongoing efforts in Congress to include a 4.6 percent pay increase for service members in the National Defense Authorization Act (NDAA).

2. Defraying costs associated with Permanent Change of Station (PCS) moves: Service members and their families are required to move frequently, which comes with significant expenses that can strain budgets and cause financial uncertainty. Starting in October 2022, DoD will permanently increase from 10 days to 14 days the window of time for which service members can claim the Temporary Lodging Expense (TLE),  which is an allowance that partially reimburses them for lodging and meal expenses incurred during a PCS. DoD will also allow up to 60 days of TLE if a Service member is in a specified Military Housing Area with a housing shortage. The Department will also increase the Dislocation Allowance (DLA) for certain service members to further help offset personal expenses for PCS moves, while continuing to improve online moving and housing tools through the resource page, Military OneSource.

4. Enhancing employment opportunities for military spouses: Military spouse unemployment is disproportionately high, which can cause financial uncertainty for military families. DoD will accelerate the development of seven additional occupational licensure interstate compacts to ease burdens for spouses who must transfer professional licenses or credentials when they move. The Department will also increase the use of non-competitive, direct hiring authorities for military spouses in DoD and launch a new career-accelerator pilot initiative that will match military spouses with paid private-sector fellowships in a variety of career paths. Additionally, DoD is increasing the number of partners in the Military Spouse Employment Partnership (MSEP) by 10 percent before January 2023.

Read the full memorandum for Taking Care of Our Service Members and Families here.

Over 400 counties have military installations in or near their jurisdictions and counties partner with DoD to promote strong community and economic development. Counties are key participants in DoD initiatives at the local level, operating on the frontlines of supporting the economic development of our local communities. NACo supports efforts by DoD to increase the economic security and well-being of military service members and their families.