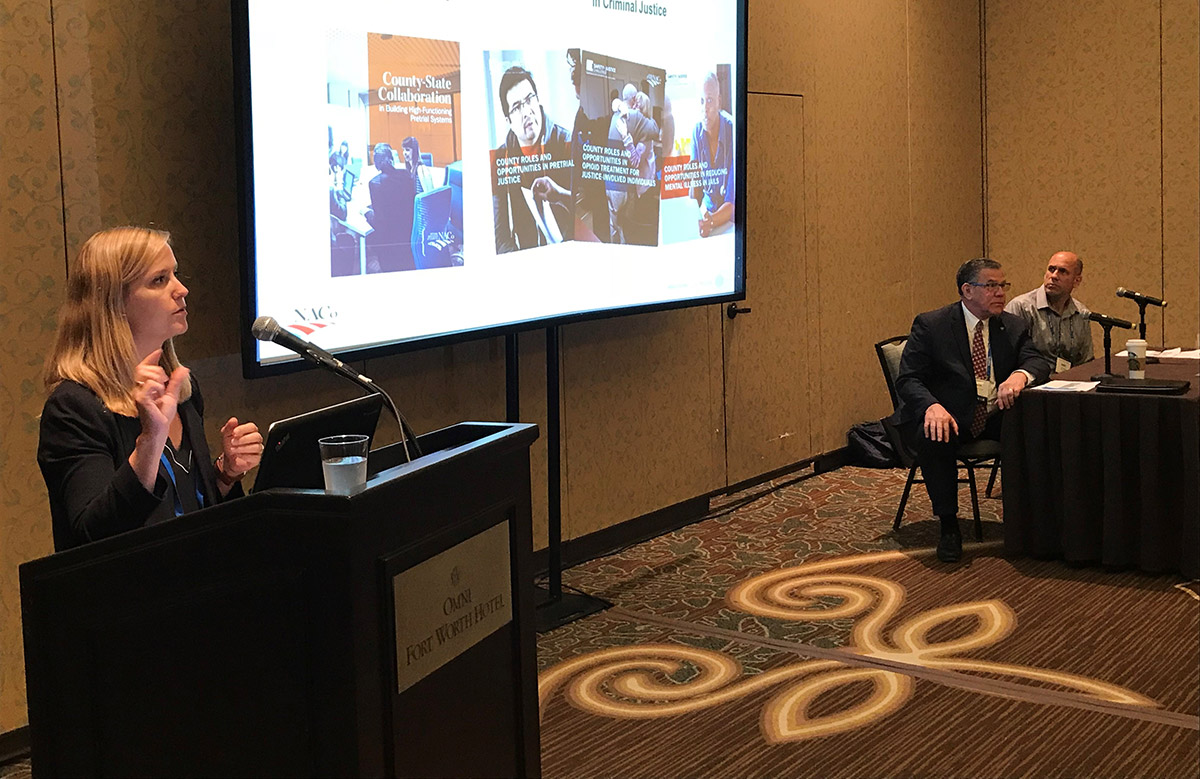 On August 20-22, the National Association of Pretrial Services Agencies (NAPSA) held its 2018 Conference in Fort Worth, Texas. The conference provided networking, education and collaboration opportunities for pretrial professionals from across the country. NACo hosted two workshops featuring leaders from counties participating in the Safety and Justice Challenge that highlighted their jurisdictions’ efforts for pretrial reform.

NACo, along with American University’s Office of Justice Programs, hosted The Importance and Benefits of Counsel at First Appearance, which highlighted jurisdictions that provide public defenders during the pretrial stage. Research indicates that defendants who have assigned counsel at first appearance are more likely to have bail reduced to an affordable amount or be released on their own recognizance, which can reduce the harmful individual impacts of detention, save counties money and enhance public trust and safety. Public Defender Ashley Pennington of Charleston County, S.C., spoke about Charleston County’s pretrial reform efforts through the Safety and Justice Challenge.

Starting in 2015, Charleston County’s Criminal Justice Coordinating Council enacted a three-year plan to restructure its criminal justice system in order to create a more equitable justice system and increase public safety. So far, the county has implemented a pretrial risk assessment to determine the amount of bond set for a defendant and the potential for pretrial release. These risk assessments are sent to the court from the pretrial staff, which allows for more evidence-based, risk-informed release and bond decisions.

Working with Leaders to Implement Pretrial Assessment Tools highlighted how county leaders implement pretrial risk assessment tools and pretrial services to improve outcomes for justice-involved individuals. Although research has shown that implementing evidence-based assessment tools can help local courts and jails accurately determine if an individual can be released from jail before trial, counties often face challenges implementing these assessment tools. Judge Gene Zmuda from Lucas County, Ohio, and Chief Operations Officer John Dickson from Spokane County, Wash., presented about the process their jurisdictions went through to implement pretrial risk assessments and other pretrial reforms while participating in the Safety and Justice Challenge.

For Lucas County, Judge Zmuda explained how the compelling research on risk assessments helped garner interest and support for implementing the assessment tool. The county stakeholders learned that for low-risk defendants, longer periods of pretrial incarceration led to a higher likelihood of recidivism and negative social impacts such as loss of housing and employment. Lucas County started its implementation process by researching pretrial risk assessment instruments and conducting Sequential Intercept Mapping (SIM) in order to get a better understanding of its justice system infrastructure and continuum of care. Judge Zmuda highlighted that educating key stakeholders, such as judges, prosecutors, public defenders and law enforcement, on how the risk assessment is scored and how to use it as well as engaging strong local leaders to support the use of the assessment tool was crucial in making these changes.

John Dickson of Spokane County spoke about how his jurisdiction reengineered its Office of Pretrial Services with the help of the Safety and Justice Challenge. While the county is still pursuing implementation of a formal pretrial assessment instrument, it currently conducts first appearance evaluations to predict risk for defendants. These evaluations are open to all defendants with felony and misdemeanor charges. The evaluation is impartial and is given as a report to the court prior to a defendant’s first appearance in order to make a decision on bond and pretrial release. Since Spokane County started its pretrial reform efforts in 2008, the release rate at first appearance has increased from 13 percent to 45 percent. The county provides oversight monitoring for defendants on pretrial release to ensure that individuals are in compliance with the conditions of their release. Monitored release costs the county $5.60 versus the $120 per day cost of incarceration, saving the county money on jail expenses. Dickson also highlighted the county’s felony diversion program, which diverts individuals with felonies to community service and restitution.

These workshops and blog post were supported by the John D. and Catherine T. MacArthur Foundation as part of the Safety and Justice Challenge, which seeks to reduce over-incarceration by changing the way America thinks about and uses jails. 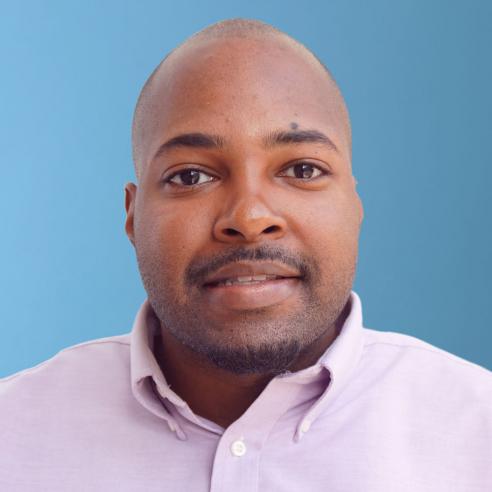