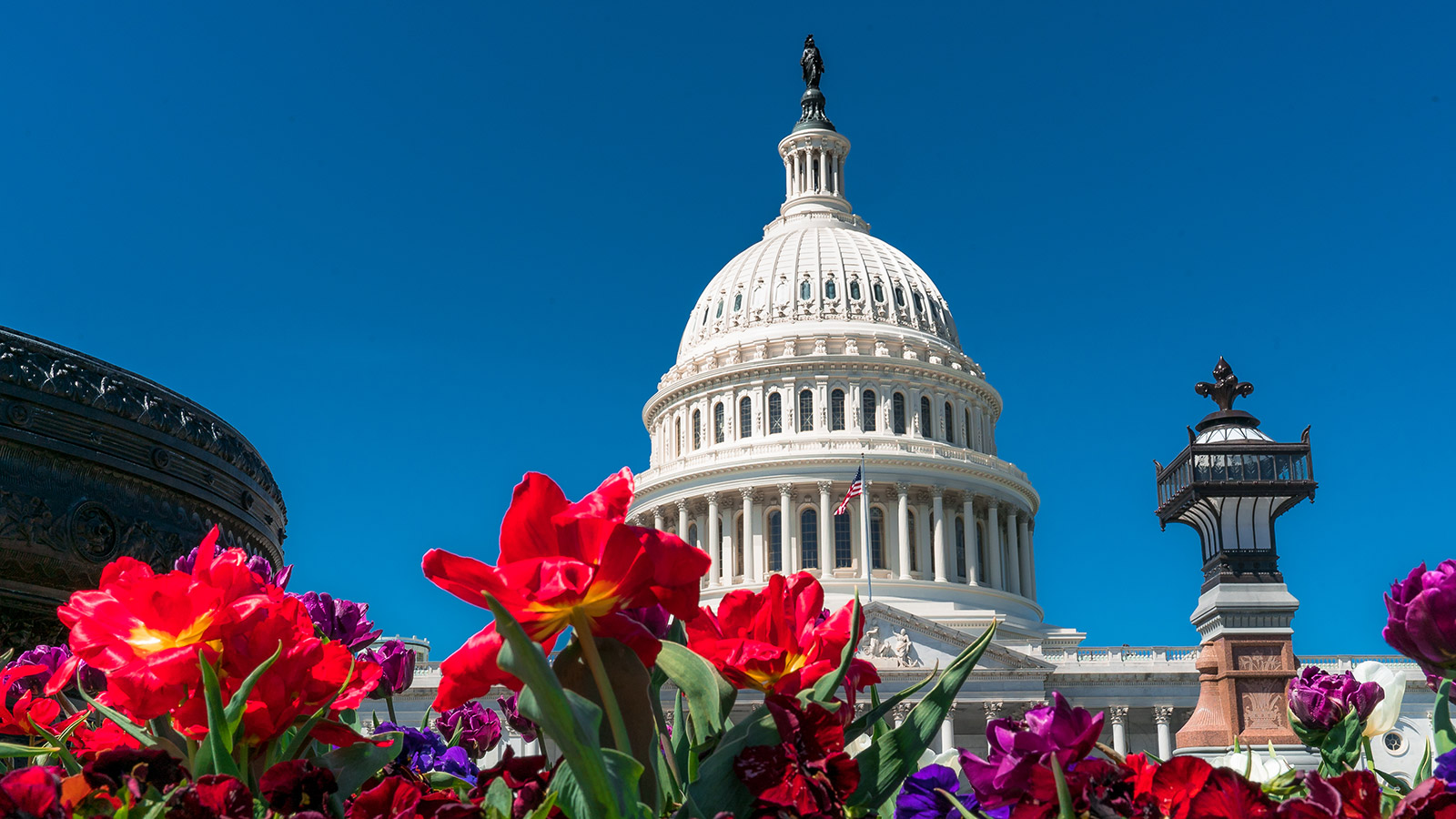 With the first three months of the year under their belt, lawmakers are moving quickly to pass legislation that may have large impacts on the operations of county governments. Here is an overview of the largest issues ahead and an estimated timeline that includes some “must-past” pieces of legislation.

FY 2017 appropriations: will there be a government shutdown?

The most immediate priority for Congress is passing a Fiscal Year (FY) 2017 spending package. The federal government is currently funded through a continuing resolution (P.L. 114-254) that expires on April 28. To avoid a government shutdown, lawmakers must pass either an omnibus spending bill – a compilation of appropriations bills – or a new continuing resolution that would keep the government funded at current levels.

Members hope to have an omnibus package ready when Congress returns from the Easter recess on April 25, though congressional leaders have not reached a final agreement and short-term negotiations could spill past the deadline. If Congress cannot reach an agreement by April 28, another continuing resolution may be necessary to avoid a government shutdown.

On March 16, President Trump submitted a supplemental request for the FY 2017 budget that Congress may consider as part of this appropriations package. In this proposal, the president asked for an additional $30 billion in Department of Defense (DOD) funding and an additional $3 billion for the Department of Homeland Security (DHS). To offset these requests, the president proposed budget cuts of approximately $18 billion to domestic spending programs.

Of note for counties, these proposed cuts include a 50 percent reduction to the Community Development Block Grants (CDBG) program. Additionally, the president’s request eliminates the TIGER infrastructure investment grant program and reduces funding for the Payments in Lieu of Taxes program by 11 percent, the Substance Abuse and Mental Health Services Administration’s (SAMSHA) mental health block grant by 20 percent and the Community Services Blog Grant by (CSBG) by 43 percent.

Republican leaders in the White House and Congress have identified comprehensive tax reform as a major goal for the 115th Congress. Republican lawmakers initially hoped to complete tax reform this spring. However, Treasury Secretary Steven Mnuchin stated tax reform could be completed by the end of August, while Senate Majority Leader Mitch McConnell (R-Ky.) has suggested an even longer timeline may be necessary.

Following the blueprint set forward by House Speaker Paul Ryan’s (R-Wisc.) “A Better Way” plan from last summer, House Ways and Means Chairman Kevin Brady (R-Texas) has been crafting a tax reform plan over the last few months. Chairman Brady’s legislation could be released as early as May, at which point the committee would hold hearings and mark-ups on the legislation.

Additionally, President Trump and his administration are now taking on a greater role in the legislative process on tax reform. The White House anticipates releasing its own blueprint this spring – likely in the form of a plan or outline as opposed to legislative text – and insists it is “driving the train” on tax reform.

Both Senate Republican leaders and the administration have indicated they are open to working with Democrats on a tax reform package – perhaps combined with an infrastructure package – though the two sides have yet to engage on these issues.

The SALT deduction allows taxpayers to deduct state and local taxes paid, including property and income tax, from their federal taxable income. This deduction provides counties some measure of autonomy over our own tax systems and incentivizes local investment in various services, including health, education and transportation. Eliminating or capping the SALT deduction would represent double taxation on taxpayers and could greatly constrain policy options available to state and local governments.

NACo, in conjunction with other state and local governmental organizations, recently sent a letter to all members of Congress urging them to preserve both the tax exemption for municipal bonds and the SALT deduction. Click here to read the letter to members of Congress.

FY 2018 budget discussions on the horizon

The president’s full budget request is expected to be released in May.

If adopted by Congress, the president’s budget would significantly impact the nation’s counties. The budget request would eliminate various federal programs, such as the Economic Development Administration (EDA), CDBG, the HOME Investment Partnerships program, the State Criminal Alien Assistance Program (SCAPP) and the Rural Water and Wastewater Loan and Grant program, and it would decrease funding to the Federal Emergency Management Agency (FEMA) and other programs important to county governments. However, Congress ultimately determines spending amounts through the budget and appropriations process, and it remains to be seen how closely lawmakers will adhere to the president’s request.

Another must-pass item on the congressional agenda is raising the national debt ceiling – the amount of money the U.S. Treasury has the authority to borrow to fund government obligations. Congress suspended the debt limit in October of 2015 until March 16, 2017. Under Secretary Mnuchin, the U.S. Department of the Treasury is using “extraordinary measures,” or slight changes to the normal operations of certain government accounts that can generate additional revenue – to avoid a default. Current estimates from the Congressional Budget Office (CBO) show these extraordinary measures will allow the government to make payments until August or September. Senate Majority Leader McConnell recently expressed confidence that Congress would vote to raise the debt ceiling later this year and avoid a default.

Road ahead unclear for infrastructure package

An additional priority for Congress and the administration is a renewed focus on infrastructure investment. During the campaign, President Trump proposed investing one trillion dollars in the nation’s infrastructure over the next 10 years, and he has maintained his interest in this issue since his inauguration. While the White House hoped to move a major infrastructure package as early as this summer, other priorities may push it back to this fall or 2018.

Some Republican leaders have suggested pairing an infrastructure package with tax reform to provide a vehicle for both measures to pass, suggesting that this could bring Republicans and Democrats together on a package that is palatable for all. However, as noted earlier, both the House and the White House are already moving separately on tax reform.

NACo encourages Congress to recognize the vital role of counties in our nation’s transportation infrastructure in any potential package, and urges Congress to preserve important financing tools for these projects, including the tax-exempt status of municipal bonds, dedicated funding for locally owned infrastructure and policies that allow for innovative local financing.

House leadership focused their efforts early in the year on health care reform, ultimately introducing the American Health Care Act (AHCA) on March 6. The proposal (H.R. 1628) was initially approved by the House Energy and Commerce and the Ways and Means Committees on March 9. Ultimately, House Speaker Paul Ryan (R-Wis.) pulled the bill before a vote on the House floor after it became clear the legislation lacked the support needed for passage by the full House. Following this defeat, congressional leaders signaled an interest to continue working on health reforms, though a vote on a new package has not been scheduled.

To read NACo’s analysis of the AHCA and its impact on counties, please click here.

Jack Peterson serves as NACo's Director of Strategic Relations. In this role, he works with NACo’s corporate partners, state associations of counties and other affiliate organizations.