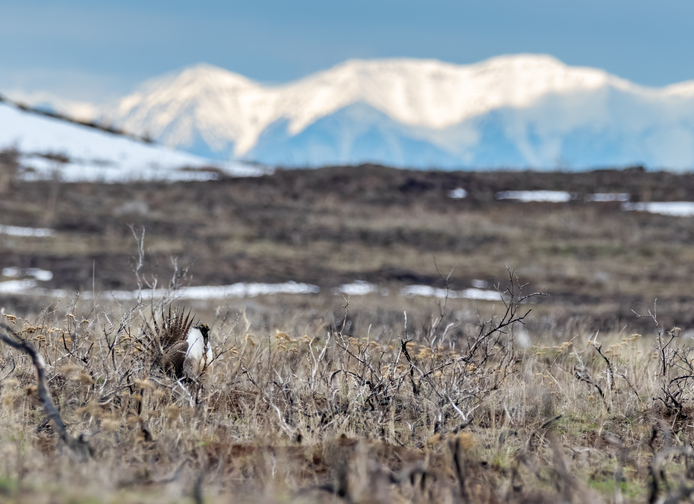 On November 19, the Bureau of Land Management (BLM) announced its intent to review the management plan for the Greater Sage Grouse and sagebrush habitat. BLM will examine new scientific information to assess future action to support best support sagebrush habitat conservation with climate change resilience as a major focus of new management actions. The review findings will be used to update the management plan which was adopted in 2015 and later amended in 2019. Public comments are due on February 7, 2022 and may be submitted here.

In 2015, the U.S. Fish and Wildlife Service (USFWS) determined that listing of the Sage Grouse under the Endangered Species Act was not warranted, with USFWS citing protections provided by conservation efforts in federal and state land management plans, among other agreements. The 2021 review will focus on management of the Sage Grouse and sagebrush on BLM administered lands in California, Colorado, Idaho, Montana, Nevada, North Dakota, Oregon, South Dakota, Utah, and Wyoming.

Counties strongly advocate for greater flexibility and consultation in the implementation of species conservation plans. Counties also urge the federal government to defer to state and local land management plans when adopting any federal land use plan amendments, pursuant to the consistency and coordination requirements under federal law.