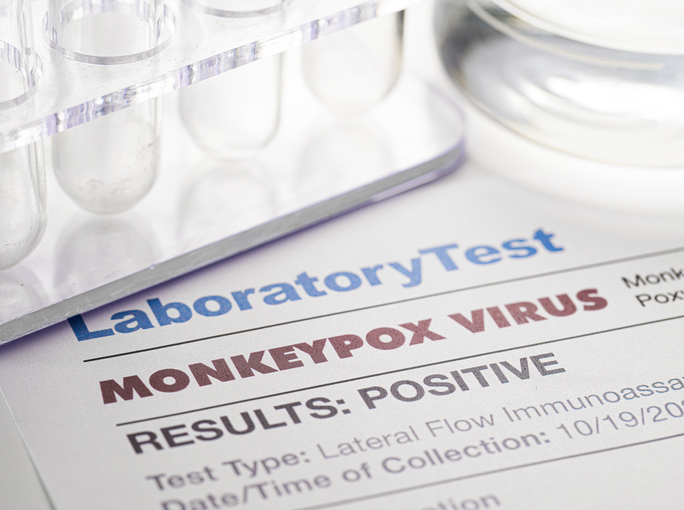 On August 15, the Biden-Harris administration announced that up to 442,000 doses of the JYNNEOS vaccine will be made available for states and jurisdictions to order The CDC is currently reporting over 11,000 cases of monkeypox in the U.S. Counties are critical agents for infection and disease control and are playing a crucial role in testing, treating and vaccinating residents against the monkeypox virus

On August 4, in response to continued transmission in the U.S. and globally, the U.S. Department of Health and Human Services (HHS) declared the monkeypox virus a Public Health Emergency (PHE). This is the first U.S. emergency declaration issued since the ongoing COVID-19 PHE declaration in 2020 and gives federal agencies the power to quickly direct resources and personnel towards the development and evaluation of vaccines and treatment, as well as other needed response efforts.

According to the Centers for Disease Control and Prevention (CDC), there are currently over 11,000 domestic cases of monkeypox, and over 36,000 cases globally, a transmission rate that prompted the World Health Organization (WHO) to declare monkeypox a global health emergency on July 23.

Monkeypox is a rare disease caused by infection with the monkeypox virus. The virus can be spread in various ways, including from person to person through direct contact with infectious rash, scabs, or body fluids. It also can be spread by respiratory secretions during prolonged, face-to-face contact, or during intimate physical contact.

Monkeypox symptoms are similar to smallpox symptoms but milder, and monkeypox is rarely fatal. The most distinctive symptom of monkeypox is a rash that can look like pimples or blisters that appear on the face and on other parts of the body. Other symptoms can include fever, headache, muscle aches and backache, swollen lymph nodes, chills and exhaustion. Illness after infection typically lasts 2-4 weeks, and the infection is treatable.

The United States previously stockpiled JYNNEOS, the only U.S. Food and Drug Administration (FDA) approved vaccine that can be used to prevent monkeypox in people who are exposed to the virus. Vaccines were initially recommended for people who have had or may have contact with someone who has monkeypox, or for healthcare and public health workers who may be exposed to the virus. However, federal health officials have since expanded vaccination efforts to focus on the broader community of men who have sex with men, the demographic that currently makes up the majority of U.S. monkeypox cases.

In June the Biden Administration released the first phase of its national monkeypox vaccine strategy, which was aimed at rapidly deploying vaccines in the most affected communities. Currently, there are approximately 550,000 available doses of the JYNNEOS vaccine in the strategic national stockpile, a number that is quickly being outpaced by the number of individuals at risk for the virus given the level of community transmission. During the August 4 announcement, HHS officials indicated that they are expediting an additional 150,000 doses of JYNNEOS to arrive in September and expect to ship an additional 800,00 vaccine doses out in the coming weeks to boost supply and keep up with demand.

UPDATE: On August 9, the FDA issued an emergency use authorization (EUA) for the JYNNEOS vaccine to allow healthcare providers to use the vaccine by intradermal injection for individuals 18 years of age and older who are determined to be at high risk for monkeypox infection. This alternative dosing approach will increase the total number of doses available for use by up to five-fold. The EUA also allows for use of the vaccine in individuals younger than 18 years of age determined to be at high risk of monkeypox infection; in these individuals JYNNEOS is administered by subcutaneous injection.

On August 15, the Biden-Harris Administration, through the U.S. Department of Health and Human Services (HHS), announced that it is making up to 442,000 doses of the JYNNEOS vaccine available for states and jurisdictions to order under an accelerated Phase 3 of the National Vaccine Strategy (NVS) to combat the current monkeypox outbreak.

On August 2, President Biden announced that he was appointing Robert Fenton, Regional Administrator for the Federal Emergency Management Agency (FEMA), as the White House National Monkeypox Response Coordinator. Supporting him in the role of Deputy Coordinator is Dr. Demetre Daskalakis, Director of the CDC Division of HIV Prevention. The team will coordinate and manage response efforts across the White House and all federal departments and agencies, and work with local, state, national and international stakeholders to track and fight the spread of monkeypox through testing, treatment and vaccination efforts.

The CDC is also working with state and local health officials to identify individuals at risk for monkeypox due to their exposure to people who have tested positive for the virus, so they can monitor disease etiology. The agency is encouraging local health departments to report data for patients who meet the probable or confirmed cases of the virus to enhance federal surveillance efforts.

The federal PHE declaration in August follows local emergency declarations in some cities and states, including New York City, San Francisco, California, Illinois and New York. County health facilities are critical agents for infection and disease control and are playing a crucial role in testing, treating and vaccinating residents against the monkeypox virus.

Counties should continue to work with their state and other local jurisdictions to track and report on monkeypox cases, and order vaccination and treatment supplies. Click here to view best practices from counties across the nation who are implementing monkeypox virus vaccination plans to at risk populations. NACo will continue to monitor and report on federal efforts to address this public health emergency as it unfolds.