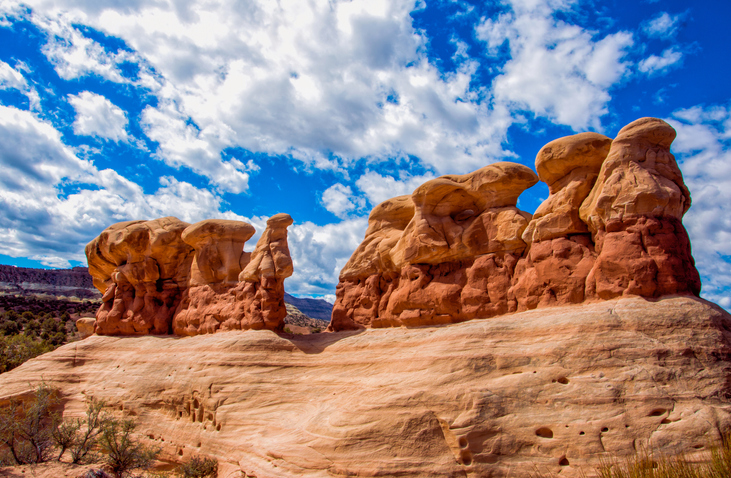 In order to filter by the "in queue" property, you need to add the Entityqueue: Queue relationship.
Biden administration reverses 2017 downsizing of the Grand Staircase Escalante National Monument The affected state and county governments requested and supported the 2017 downsizing of the Grand Staircase-Escalante Counties support amending the Antiquities Act to require state and local government approval in the designation of national monuments

On October 8, President Biden issued Presidential Proclamation 10286 to reverse the downsizing of the Grand Staircase-Escalante National Monument (GSENM) and restore the pre-2017 borders. The GSENM, located in Southern Utah, was initially designated as a monument in 1996 and is administered by the Bureau of Land Management. In 2017, the previous administration downsized the GSENM under the Antiquities Act from nearly 1.9 million acres to 1 million acres. Counties support the 2017 valid legal exercise of authority to downsize the GSENM and order a new management plan for the reduced monument.

The Antiquities Act of 1906 (P.L. 59-209) authorized presidents to declare historic landmarks and national monuments but specifies that the designation should be “the smallest area compatible with the proper care and management of the objects to be protected.” In 2017, an Executive Order required the U.S. Secretary of Interior to review all presidential designations or expansions of monuments over 100,000 acres made under the Antiquities Act since 1996. As a result of this review, the GSENM and Bears Ears Monument were downsized as national monuments. However, the federal lands outside of the modified boundaries remained under the jurisdiction of various agencies. The governments of the state and affected counties requested and supported the 2017 downsizing of the GSENM, and the new management plan for the reduced monument has produced substantial land management benefits and benefits for the local communities.

Counties support amending the Antiquities Act to require state and local government approval to provide transparency and accountability in the designation of national monuments. NACo will keep members informed of any updates.

Aaliyah serves as serves as a legislative associate supporting NACo’s Agriculture and Rural Affairs; Environment, Energy and Land Use; and Public Lands Steering Committees, as well as, the Western Interstate Region and Immigration Reform Task Force. She is responsible for providing legislative support for the legislative director, conducting leg