In-betweeners: Looking at the people between behavioral health stability and crisis

Super-utilizers. Familiar faces. Frequent visitors. These terms have become ubiquitous in national and local discussions on the intersection of primary health, behavioral health and justice as well as the high costs associated with ineffective, cyclical use of emergency rooms, crisis psychiatric facilities and jails. The cost of the super-utilizer population, both in terms of health care and jail bed costs, has driven much of the national conversation. For example, federal reports on Medicaid spending have estimated that 1% of the patients served account for 22% of the total annual health care spending. Jails across the country report similarly costly proportions of incarcerated people with mental illness, accounting for billions of taxpayer dollars.

The often cited conclusion from these data points is this: by making an impact with the highest cost, highest need population, localities can impact cost avoidance by reducing emergency room use and repeated jail bookings. But do we have enough data and research to support these sweeping conclusions? And what about the people in-between – those outside the acute crisis cycle but who are experiencing distress that could escalate into chronic crisis?

To make a real, lasting impact on the health and behavioral health outcomes and improve the return on investment of taxpayer dollars, we encourage counties to challenge their assumptions on super-utilizers and look deeper into those that fall in-between stability and chronic crisis.

The commonly accepted perspectives on super-utilizers over-simplify a heterogeneous population, and there is insufficient research to support the prevailing conclusions about population identifiers or corresponding interventions.

A 2011-2013 research study on adult super utilizers by Denver Health found that the studied population had high rates of multiple chronic medical conditions, mental health and substance use disorders, and homelessness. However, it was apparent that there were multiple subgroups who required tailored responses. The study further identified that many patients who use health care services intensely do so for a relatively brief period of time, concluding that a lack of “clinically accepted, sensitive and specific methods of super-utilizer identification presents a practical barrier to developing aligned interventions.”

The Treatment Advocacy Center, whose mission focuses on the welfare of individuals with the most serious mental illness, published a report in 2017 titled ‘A Crisis in Search of Data: The Revolving Door of Serious Mental Illness in Super Utilization’. The central finding of the review is that the role of serious mental illness in high utilizer scenarios is devoid of sufficient data and those data gaps must be closed if “effective policies to slow the revolving door are to be implemented.”

Reports cited about the high cost 1% also state that the next 9% of the Medicaid population are 44% of the total costs. If we focus on the people in-between the highest cost and the least, can we make an even greater impact with possibly even greater outcomes and cost-avoidance?

Examining cross-systems data, including not only top tier utilizers, provides a comprehensive view of the cost and population drivers that exist within and across behavioral health, justice, and human services.

We view these systems as interlinked, and the common goal should be to shrink the use of crisis responses and amplify proactive, effective interventions. 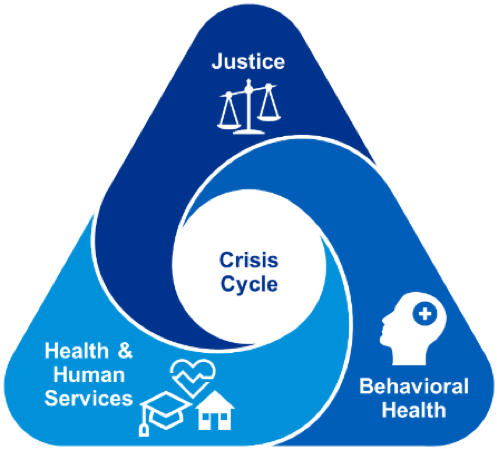 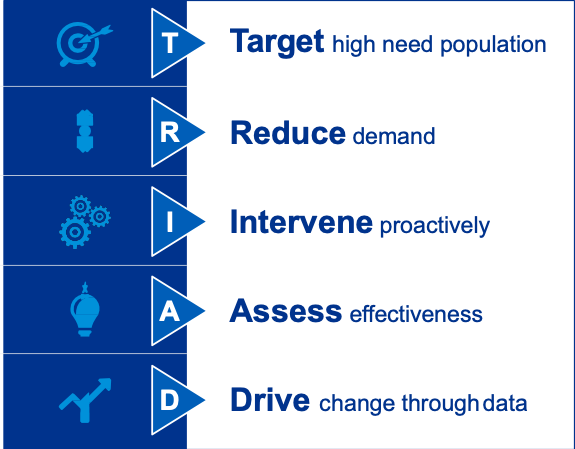 We recommend a process, rather than a predefined solution, which starts with the problem and through iterative analysis, testing and examination, moves toward deeper understanding of the landscape and develops a plan of action to implement solutions. Start by challenging assumptions about who are your target populations and look in-between gaps of your behavioral health, justice and human services systems.

In 2018, the Judge Ed Emmett Center for Mental Health Diversion opened its doors to serve the people of Harris County, Texas, which includes the city of Houston. The effort behind the launch of Emmett Center provides an example of how a jurisdiction can successfully implement and sustain major innovation. Starting in late 2016, Harris County justice, behavioral health and human services stakeholders formed a work group to define the goals and target population and design the intervention to address these folks who were falling in-between the gaps of crisis beds, or who we being left to spiral into crisis without the right interventions.

The Emmett Center, often referred to locally as the Diversion Center, is a triage facility that assesses those displaying behavioral health distress who otherwise would be routed to jail, the emergency room or the psychiatric hospital. Upon initial assessment, clinical staff can then route those in acute crisis to emergency facilities, but very often, those assessed are in a state that requires immediate attention in a non-emergency setting – and that is what the Emmett Center then provides to the patient for 24 hours up to several days or possibly some weeks.

Harris County began its journey toward the Emmett Center with an assumption that the county needed more crisis beds at the neuropsychiatric center or would need to build a new psych facility in order to provide enough beds for those who cycle in and out of the jails because there are not enough emergency psych beds. But with some fresh eyes on data, Harris County stakeholders identified a nuance the problem and sought a more targeted solution.

What the data showed is that many of those brought by law enforcement to the mental health hospital were returned to the street in less than 8 hours because there are assessed not to be in acute crisis. And of those admitted to the hospital, the vast majority were discharged in less than 48 hours. This revelation indicated that the county needed a means to triage those in distress, assessing who needed hospitalization and who required out-patient stabilization and a spectrum of human services to meet their needs. Thus, the Emmett Center was greenlighted by Harris County commissioners and implemented under the extraordinary leadership of Wayne Young, the Executive Director of the Harris Center for Mental Health & IDD.

In the first seven months, law enforcement officers enabled 1,085 diversions from jail by bringing people with behavioral health distress and low level criminal conduct to the Emmett Center. Leadership from the Harris Center for Mental Health and IDD, Harris County and the City of Houston continue regular meetings to measure success, address challenges and make improvements. 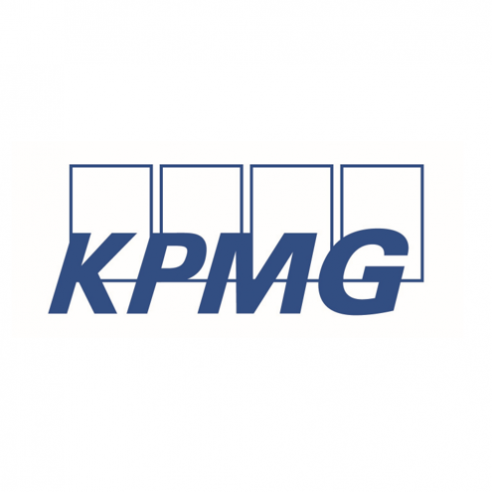