Antitrust Case of the Century in Generic Pharmaceuticals

Your county may be entitled to additional revenue at no cost to the county, if it is self-insured and in states other than Virginia, Kentucky, Pennsylvania, Georgia, Texas, Louisiana, Massachusetts, Connecticut, Oklahoma, Ohio, Montana or Wyoming.

Why? Because even though it is only 2020, this is the antitrust case of the century. For years, pharmaceutical manufacturers have placed profits over their legal duty to compete with each other in a free, competitive market. They formed a cartel of generic pharmaceutical manufacturers who fixed prices, allocated markets and engaged in antitrust violations – resulting in massive overpayments for generic drugs for almost a decade.

As Scottish professor and world’s-first-economist Adam Smith noted in the 18th century, “People of the same trade seldom meet together, even for merriment and diversion, but the conversation ends in a conspiracy against the public, or in some contrivance to raise prices.” E-mail and messaging apps give this cartel a modern gloss, but as Mr. Smith would tell us, this sort of antitrust cartel is as old as trade itself!

The evidence is shocking: e-mails, texts and other messages, all among supposed competitors, were explicitly setting prices and trading customer accounts, to say nothing of literally thousands of phone calls (whose substance has not been preserved) doing the same thing.

And as Adam Smith also predicted, similar anti-competitive deals were being made at trade shows and other industry functions. The conduct dates back approximately 2010 and covers almost every generic pharmaceutical product, so counties’ spending on these products – and thus potential damages in this suit, which can be trebled – is significant.

For example, Sandoz has already pled guilty and paid a criminal penalty of $195 million, but civil damages are likely to be even higher.

Many counties have paid for pharmacy benefits for inmates in county jails, at clinics, and in some cases, in county nursing homes and/or for school, police, and other county-paid employees and their families.  As a result, many counties and other local governments have filed complaints in a massive federal Multi-District Litigation, currently in federal court in Philadelphia, PA, seeking recovery from the cartel.

So long as your county is self-insured (and paid some of the cost of its pharmaceuticals) and is not in an “Illinois Brick” state, your county probably has similar claims.

What Is Illinois Brick and Why Does It Matter??

The short answer is it should not matter, but it does. In 1977, the U.S. Supreme Court ruled that most victims of antitrust cartels cannot sue under federal antitrust law.

Wikipedia has a helpful explainer on the case, but the short version is that only people who purchase directly from a cartel can sue – and as anyone who works in purchasing will tell you, most counties purchase their pharmaceuticals from a pharmacy or a distributor, rather than directly from the manufacturer. So, until the Supreme Court changes its mind, it is up to states to pass laws allowing suits by all injured parties –not just direct purchasers – to bring lawsuits against the cartels.

Unfortunately, not all states have done so – particularly states that are Commonwealths! So if you are in Virginia, Kentucky, Pennsylvania, Massachusetts, Connecticut, Georgia, Texas, Louisiana, Oklahoma, Ohio, Montana or Wyoming, and are speaking with a state legislator, you might ask why it is that your county’s injuries from antitrust cartels can’t be remedied in court.

But the good news is that most states do have means for indirect purchasers, such as counties, to be made whole again after being victimized by anticompetitive cartels, including Florida, California, North Carolina, Michigan and many more!

So if your county is in one of the many states that are not under the thumb of Illinois Brick, you should talk to an attorney about the Generics Antitrust case – and, of course, the authors of this article would be happy to answer any questions you have. But proceed swiftly, as numerous actions have already been filed and discovery is moving apace, even if you’ve not yet taken your place at the table! 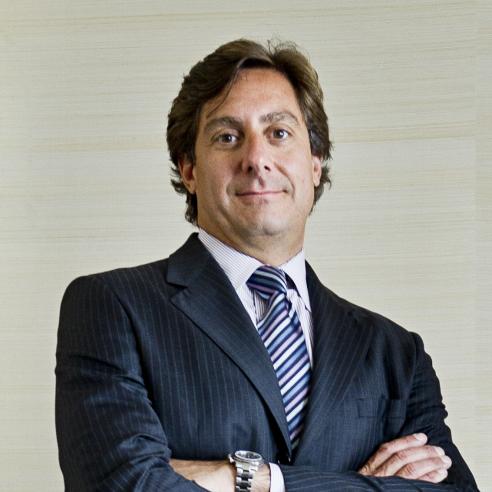