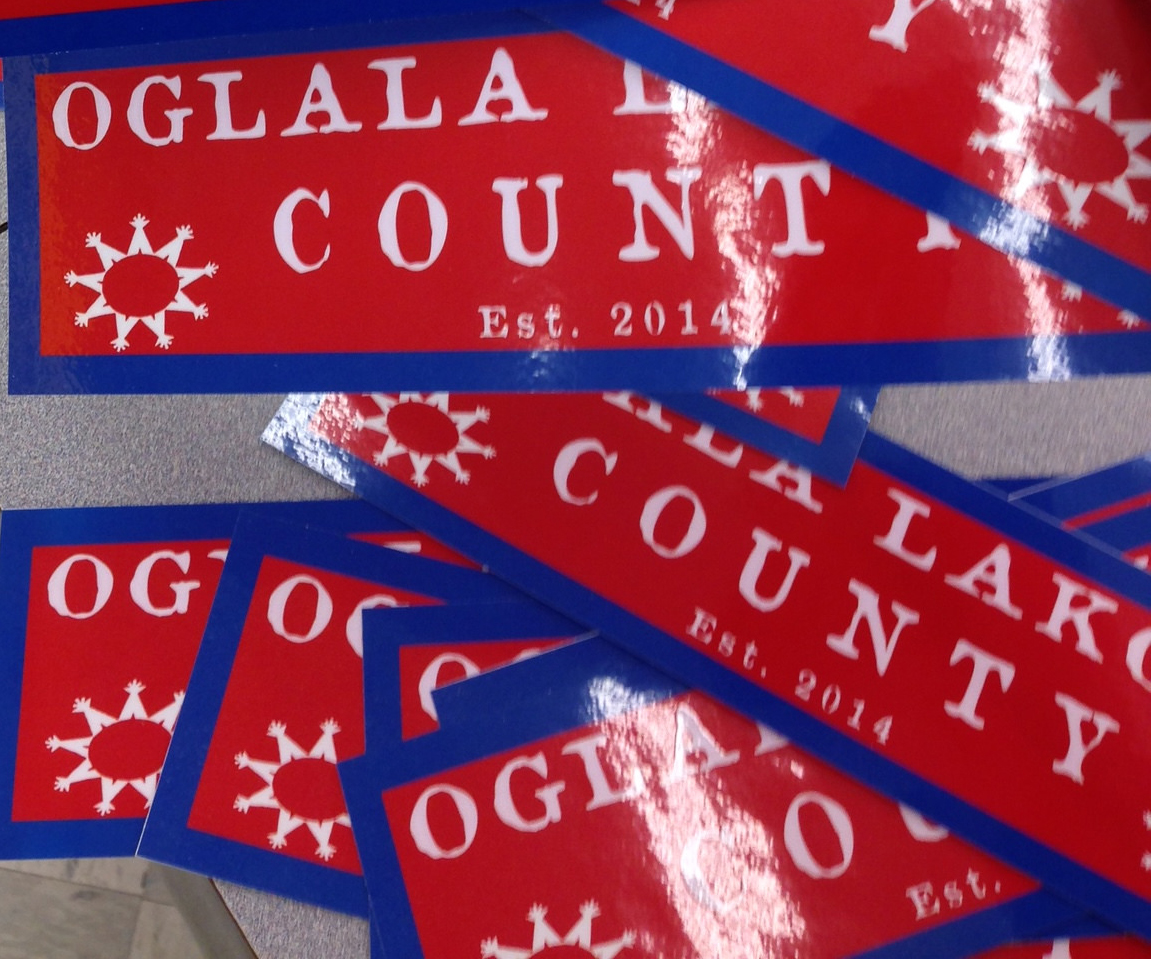 Most of the time, talk about an election "changing the map" is figurative, but Election Day 2014 meant a literal change to South Dakota's.

Earlier in November, more than 80 percent of voters in this county along the Nebraska border approved a ballot measure changing the name of Shannon County to Oglala Lakota County.

The vote exceeded the two-thirds threshold required by state law for a county name change.

That struck a symbolic victory for Oglala Lakota Native Americans who make up more than 90 percent of the population of the county, which is entirely within the Pine Ridge Indian Reservation, and begins to roll back, at least in name, the legacy of the men who divided tribal land in the 1870s.

Peter Shannon the county's current namesake was the chief justice of the Supreme Court of the Dakota Territory in the 19th century and reportedly took part in congressional commissions aimed at getting tribes to cede their land.

State law dictates that Gov. Dennis Daugaard (R) will announce the name change in his 2015 State of the State address, after which point the Legislature will pass a resolution to that effect, according to state Rep. Kevin Killer.

"This was important for establishing our identity," said Anna Diaz-Takes the Shield, a county commissioner who spearheaded the renaming effort with Killer. "It's a small step, but something we can bring to our people."

It's not a terribly costly step, either. Shannon County does not have a county seat or offices it contracts with neighboring Fall River County to administer its row offices. Effectively, the most significant cost would be replacing county letterhead and road signs.

"I checked with our highway superintendent and he basically said there were two signs we'd have to replace that said Shannon County," she said. "It won't be cost-prohibitive at all."

When Diaz-Takes the Shield and Killer hatched the plan to get the name change on the ballot, they had roughly a month to collect 1,500 signatures on a petition for the ballot measure.

"We had to hit the ground running," she said. "But it got us out in the community, letting people know what we wanted to do, and I think we convinced people who hadn't voted in a long time to get reregistered."

Support came from a radio appearance, help from a community development corporation and a boost from the Associated Press picking up the story.

"We're even hearing that Custer County, Okla. wants to do that the same thing," she said. "And a town in our county."

"There had been talk about this before, our elders had discussed it, but we really got started in the spring," Killer said. "When we talked to people, about 30 said they wouldn't support the name change, and two actually said it was because their first names were Shannon."

In 1871, the U.S. policy toward Native Americans shifted from treating tribes as sovereign nations to that of wards of the state, and an effort began to redirect them away from nomadic lifestyles and toward agriculture.

Short Bull is a friend of Killer's and a Native Youth Leadership fellow, along with Diaz-Takes the Shield.

Peter Shannon was part of those commissions, though Short Bull said there was no evidence Shannon was actively involved.

The commission's proposal was not popular in Pine Ridge, in what is now soon-to-be Oglala Lakota County, and failed negotiations gave way to threats from the commission that the natives would be moved by force.

"Shannon didn't speak Lakota, and I can't imagine he expected to be involved in that," Short Bull said. "He was supposed to be handling the territory's legal business."

The territory, however, had been named for Shannon in 1875, Short Bull said, a year before Little Big Horn.

"What should have been sovereign tribal ground was being named already for Shannon," he said. "When he came to Pine Ridge, his name was already assigned to the land."

The tribes were eventually located to land away from the Missouri River, which would have been more conducive to the farming the U.S. government intended.

"What hurts me about this is [the U.S. government] took away the tribes' ability to decide their own destiny," Short Bull said. "[The Oglala Lakota Tribe] could have evolved on our own terms, if they saw fit to sell the land to the railroad. We have capable people, but they didn't understand all that was going on beyond their communities."

"Anything you can see that's in play in the reservation today, it was all rooted into when Shannon and the commissions came," he said.