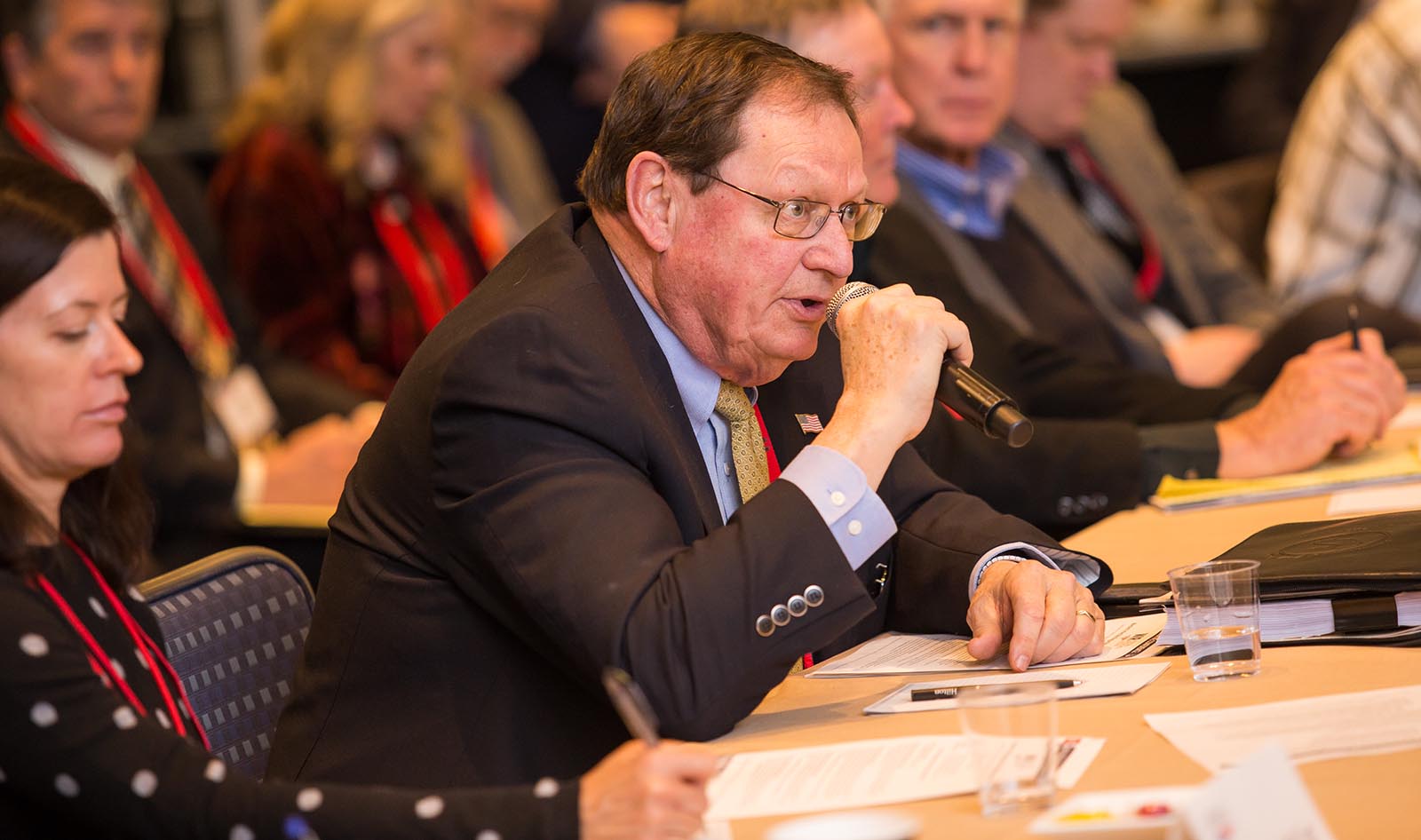 A few months into his new role and a few days before his March 7 resignation, U.S. Forest Service (USFS) Chief Tony Tooke outlined five national priorities to help guide decision-making for the agency.

“We’ve seen a rise of catastrophic-level-type events, including fire, insects, disease and drought, all of which exacerbate each other,” he said.

“Of the 193 million acres of national forest system, 80 million acres is at moderate-to-high risk of fire, insect and disease,” he said. “That’s not sustainable, we’re not keeping pace. [That includes] 70,000 communities that are adjacent to the lands at risk. Drinking water, environmental security, wildlife, sacred sites, recreation opportunities, there is a lot at stake.”

In contrast to when Jordan Smith usually speaks to the WIR Board, he now sees opportunities to advance legislation or regulatory changes that should improve the way the Endangered Species Act (ESA) works and the effect it will have on local communities.

He is the executive director of the National Endangered Species Act Reform Coalition.

Twenty-five years have passed since the ESA was reauthorized or amended.

“For many, many years, we were looking at the Endangered Species Act as a holistic, kitchen sink approach to revamp or modernize the law. And I think people recognize that’s not a pragmatic way to go in our political climate, so we’ve advocated for targeted approaches to specific parts of the law that could use improvement.”

ESA-related legislation that has advanced in the House Natural Resources Committee includes:

For the first time in a decade, the U.S. Supreme Court will hear a case related to the ESA. Weyerhaeuser v. U.S. Fish and Wildlife Service will ask whether there is a habitability requirement for a critical habitat and whether a decision not to exclude an area from critical habitat is judicially reviewable.

Wildfire playbook debuting in May

In November the WIR Board of Directors adopted wildfire as the most important policy priority for 2018. In May, the Wildland Fire Leadership Council will release the Community Wildfire Playbook.

The playbook’s online portal prompts users to choose a county’s wildfire history and environmental determinants, which then generates messaging tactics to help communicate awareness of wildfire risk and how to take steps to mitigate those risks.

The playbook will be introduced at the WIR Conference in Blaine County, Idaho May 24-26.