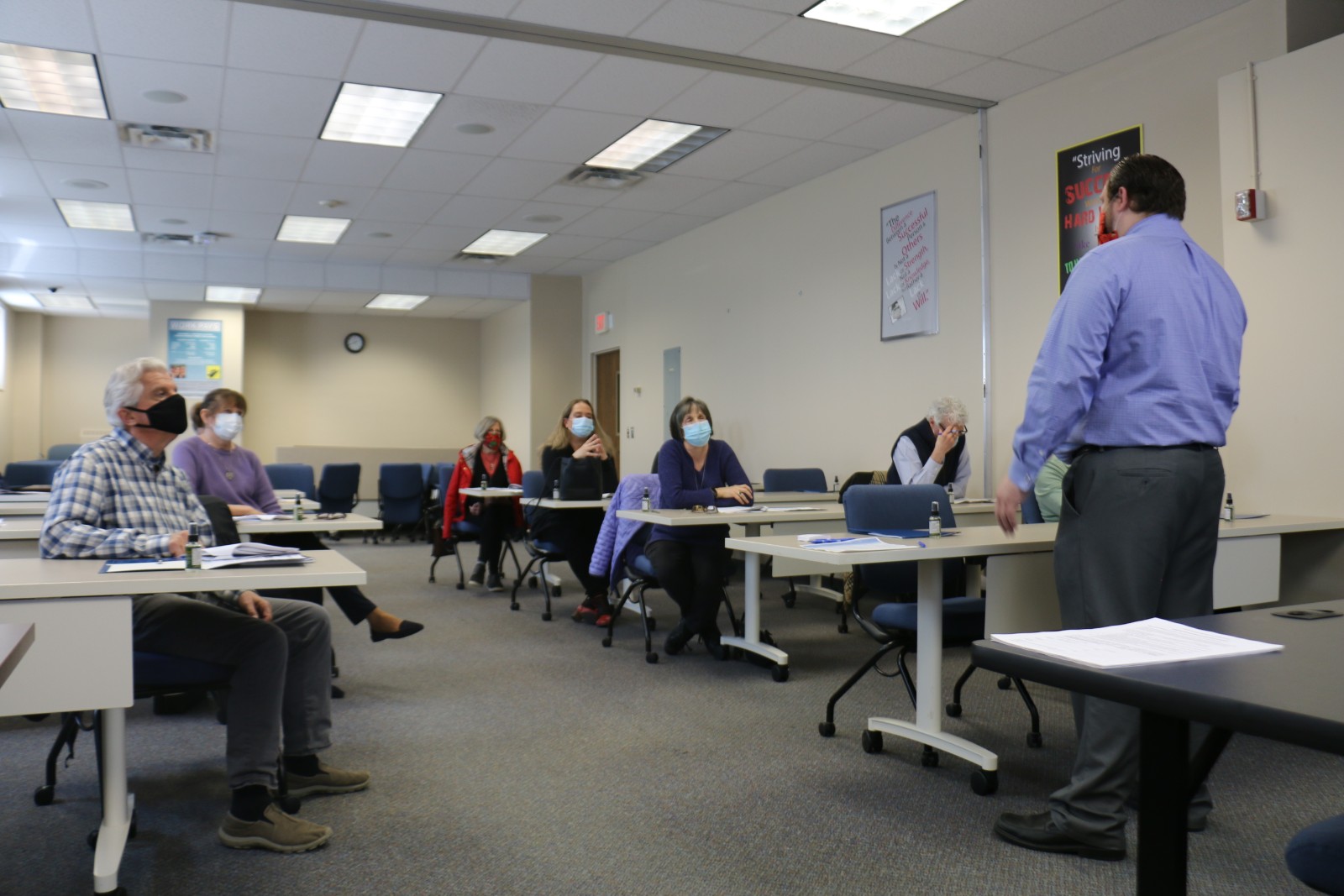 As a longtime veteran of contact tracing work, John Owens, Jr. hasn’t exactly been sitting on the bench for the last 20 years, but as the Monroe County, N.Y. Health Department started facing the COVID-19 pandemic, he switched to a no-huddle offense.

It was a major change in pace for an operation that had previously focused on sexually transmitted diseases, but now with a much more contagious virus infecting at least 1.8 million in the United States alone, Owens and his growing team are a part of a public health workforce that experts say should exceed 100,000.

Contact tracing is one of the crucial elements in most reopening plans, as communities ease up on stay-at-home orders and people start to mix outside of their households again. As testing capacity increases and health departments provide a more complete picture of how widespread the virus is in their counties, that 100,000 national number can seem less far-fetched.

“Coronavirus is right in our wheelhouse — this is the work we do all day, every day,” Owens said. “The window of opportunity for us to act and find those people who’ve been exposed, find the people who are infected but aren’t sick yet, and ask them to change their behavior, to limit their contact with other people, to stop the transmission, that window of opportunity, it’s very short.”

By the time someone gets a call from a contact tracer, the clock is already running. Because the virus can be contagious for two days before symptoms appear — if they do appear — getting a full roster of people with whom a confirmed COVID patient has been in contact is crucial to limiting the virus’ spread.

From there, the contact tracing team gets to work informing anyone the patient had been within six feet of, for more than 15 minutes, during the contagious period and informing them that they have been exposed and should isolate themselves to prevent spreading the virus further.

Monroe County, which includes Rochester, had 10-12 contact tracers on staff, but has been building its ranks. Its training program can turn out 15 more contact tracers every few days.

Maricopa County, Ariz. has worked to shorten the usual 45-day hiring period for county personnel to expedite contact tracer recruitment, according to Director of Human Services Marcy Flanagan. Tracers are available to work three days after they are hired.

“We wanted to make sure we could build a system that could be sustainable for the next 6-12 months,” she said.

Monroe County might not need that many, but Owens feels confident that with more than 600 people calling in to volunteer, his department can scale up if need be.

“We’re ready in case we get that big spike in cases,” Owens said. “We hope we don’t have to use them, but we know people are here, wanting to help.”

A coalition of state and local public associations, including the National Association of County and City Health Officials, has encouraged Congress to spend at least $7.6 billion to expand the scale of disease investigation specialists and the contact tracing workforce through state and local agencies.

“This new federal funding must be flexible to meet local needs, while also recognizing the existing expertise of key public health workers and building the workforce for the long-term,” the organizations wrote in a letter to lawmakers.

The group’s target of at least 100,000 contact tracers would require $4.8 billion. State departments of health have largely done the professional contact tracer hiring — New Mexico, for example, is aiming for 250 tracers — and then deploying them to local health departments.

Some counties are recruiting employees who aren’t otherwise able to work to fill in as contact tracers, including Santa Clara County, Calif., which has reached out to cities to recruit workers on administrative leave, according to The Mercury News.

“What we believe will happen is when they get the jobs with the state, the state will just place them back with our team, only now they’ll be getting paid, which is awesome,” he said. “It’s great that people want to volunteer, but it’s also great if they’re out of a job and they want to work and they need to work.”

The training for contact tracers is straightforward, and both it and the work can be done remotely.

The Association of State and Territorial Health Officials, Johns Hopkins University, the University of Houston and others offer free online training courses that can be completed in a few hours, which cover the basics of COVID-19, the procedures necessary for successful contact tracing communications and privacy and ethical concerns contact tracers should understand.

“They need to learn proper investigating skills, such as how to remain calm when an individual they are working with is under a lot of stress,” she said.

The Johns Hopkins training course, for example, depicts a video call between a disease investigator and a middle-aged man recovering from his infection. As the investigator details the extent to which the patient could have been contagious, he gets distraught and frustrated, and the investigator has to demonstrate empathy while keeping him focused on identifying the people he was close to.

Notifying possible contacts, too, can be fraught. Confidentiality rules limit how much tracers can say about the patient who may have spread the disease, so they must balance privacy with keeping contacts calm as they hear that they will have to isolate for two weeks, possibly complicating their employment.

Counties are likely to have more compliance with isolation directions when resources make it easier. Many counties refer contacts to wraparound services to deliver groceries, supplies and medicine to make 14 days of isolation feasible. Owens said that while daily check-ins with contact tracers about symptoms could be tedious and time consuming for both tracers and patients, using an app to do all of those communications has simplified things.

“We don’t have to make hundreds of calls every day to check on people’s temperature,” he said.

The difference has been stark from his regular job tracing HIV and other STDs.

“Usually, we’re having to talk to people about their intimate relationships, and that’s difficult,” he said. “With this, people are much more open. People are recognizing, more and more, how contagious this is and how important it is to get the word out. We’re able to reach more people, quickly.”

Still, no matter how hard investigators and contact tracers work, it’s just part of the battle to pin the virus against its own goal line.

“If the community doesn’t do what we ask them to do, it’s not going to make a lick of difference,” Owens said. “That’s why it’s really cool that we’re in this together. We’re not the ones doing all the work, everybody is.”

“If we reach one person who doesn’t have symptoms yet who is going to get the virus and we reach them and ask them to mandatory quarantine, and then they stay home, that’s potentially saving multiple lives. We’re helping, but everyone is doing it themselves.”