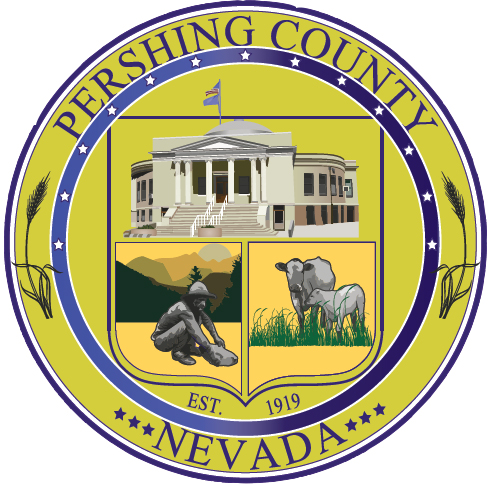 Pershing County was established by the state legislature in 1919. The county was named in honor of Army Gen. John J. Pershing, who was the commander of the American Expeditionary Forces in France during World War I. Pershing County was the last county created in Nevada.

The seal was adopted in 1995 and designed by Kathi Thomsen Gaertner, an artist who previously lived in Pershing County.

The man in the lower left corner of the seal represents miners. In the lower right corner, cattle represent agriculture and depict the small, rural county.

If you would like your county’s seal featured in “Behind the Seal,” contact Rachel Looker at rlooker@naco.org.