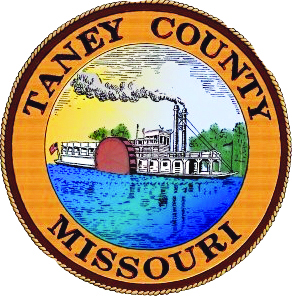 Taney County is located in southern Missouri. Harold Hatzfeld drew the original Taney County seal and it was authenticated by Elmo Ingenthron. The current seal closely resembles the original seal.

The Yohogony was the first steamboat to reach Forsyth, Mo., the current county seat. Forsyth was challenging to reach because of rugged banks and dangerous currents. The city became a key port for transporting goods.

River commerce in the county ended in 1912 because of the construction of the Powersite Dam.

The main image of the seal depicts river commerce that was common in the county.

The White River symbolizes what was the main thoroughfare for transporting supplies and people.

The steamboat in the center of the seal symbolizes the flatboats and steamboats that were the preferred vessels for transportation.