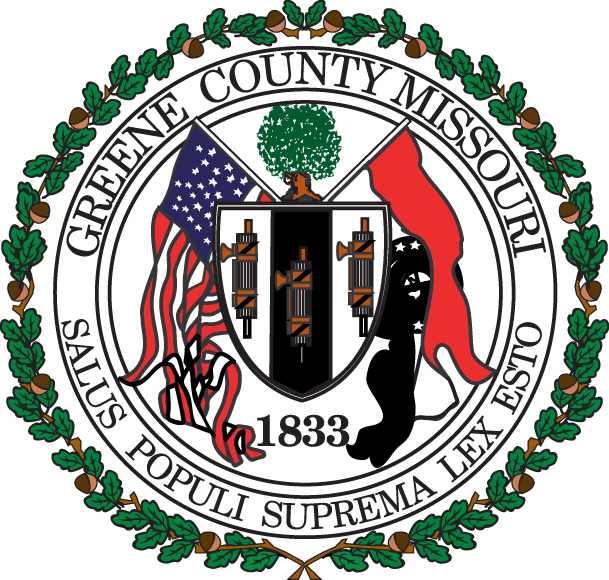 Greene County’s seal was established after the county court held a design contest that was won by Robert White, an art teacher.

The center of the seal features the U.S. flag and the Missouri state flag. A heraldic shield depicts loyalty and includes three “fasces,” which are bundles of rods with an ax blade. Fasces were often carried by Roman magistrates as the symbol of their office.

An Ozarks’ oak tree at the top of the seal depicts the qualities of strength, longevity and growth. On the bottom half of the seal, the date 1833 represents the founding of Greene County and includes the Latin motto of the state of Missouri: “Let the will of the people be the supreme law of the land.”

A wreath of oak leaves and acorns encompasses the seal. The oak leaf clusters symbolize recognition of the people while each acorn represents a municipal township. The wreath intertwines at the top and the bottom to show unity between the people and the Greene County government.

If you would like your county’s seal featured in “Behind the Seal,” contact Rachel Looker at rlooker@naco.org.